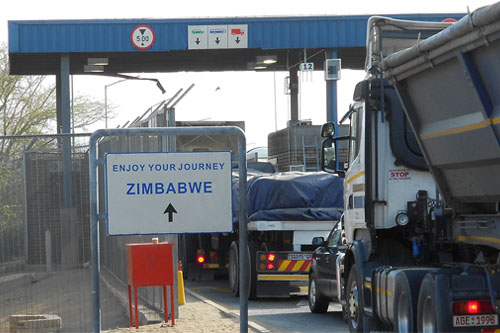 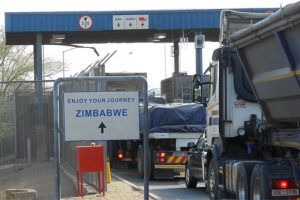 Unscrupulous officials are suspected of allowing as many trucks as possible into the Zimbabwean border control zone at Beitbridge, thwarting the go-live chances of concession company Zimborders unblocking bottlenecking on its first day of operating new facilities at the congested crossing.

Speaking to Freight News this morning, Mike Fitzmaurice, chief executive of the Federation of East and Southern African Road Transport Associations, said trucks had been allowed to park in each and every conceivable space north of the Limpopo.

“They even pushed trucks into the old parking area so that by this morning the border was absolute chaos.”

He said it was obvious that the gridlocking had been caused by officials accommodating as many trucks as possible before Zimborders started charging processing tariffs from 8am this morning.

“Zimborders meanwhile is doing everything they can to cope with the volume, but I think it’s going to be a very tough day for everyone.”

There had been no order in the manner in which trucks had been simply allowed to cross the bridge into Zimbabwe, Fitzmaurice said, cramming traffic into the border in such a way that movement by this morning was very hard, if possible at all.

Adding to the mess that Zimborders will have to untangle is the temporary expectation that drivers will have to pay border tariffs in cash until electronic payment facilities are switched on later this month.

In respect of general 24-ton triaxle and 35-ton links, it amounts to US$175, excluding VAT (see the full list of rates here: https://tinyurl.com/4fafdcmj).

A cross-border haulier regularly passing through Beitbridge told the Transit Assistance Bureau (Transit) that some drivers were waiting to enter Zimbabwe without the necessary amount in cash, holding up those who had arrived prepared for today’s Zimborders switch-on.

Last week, as transporters were getting ready to comply with new requirements in the hope that Beitbridge could finally be decongested, many operators warned that the cash issue might be problematic.

A receipt seen by Transist this morning showed Zimborders charging $200.38, $25.38 of which is VAT and should be reclaimed, provided you’re registered as a transporter in Zim.

For the time being, foreign-registered operators could not reclaim their VAT, although this had been taken up with the relevant fiduciary authorities, Fitzmaurice said.